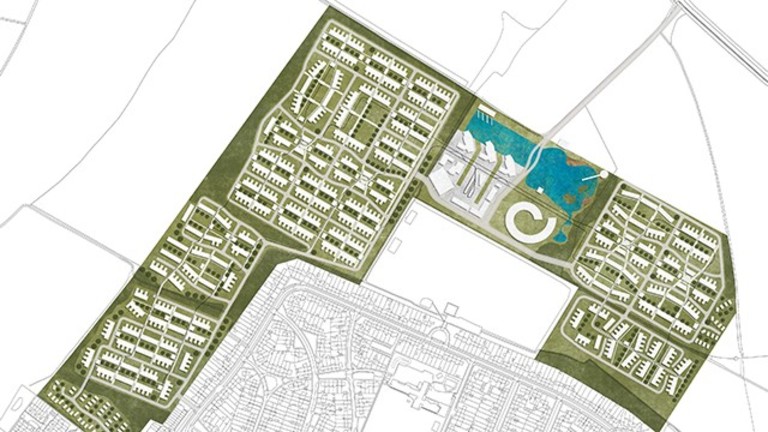 Re Imagining Letchworth Garden City by Self

At the end of last year Self entered the Re-Imagining the Garden City design ideas competition organised by RIBA and Letchworth Garden City Heritage Foundation.

The competition aimed to elicit new designs for a modern garden city to meet the needs of the 21st Century, whilst recapturing the spirit that led to the development of the world’s first garden city at Letchworth.

The Brief sought master planning concepts for the proposed residential development of a 45-hectare site to the north of Letchworth, which will be the first expansion of the Garden City in a generation.

The competition, which was open to an international field of architects, provided a huge opportunity for us to re-imagine part of a city and to address contemporary issues in housing design – a really worthwhile and stimulating process.

Our response to the Brief was to produce a Masterplan concept for the site, re-inventing the basic form of suburban housing. By inverting the standard urban block, we provided a novel building form which is more sustainable, more social and ultimately offers a more integrated community with aligned values.

We, as a practice, are keen to build on this competition scheme and work with forward-thinking Housing Developers who wish to create exciting and contemporary environments, with opportunities springing from the principles we established: